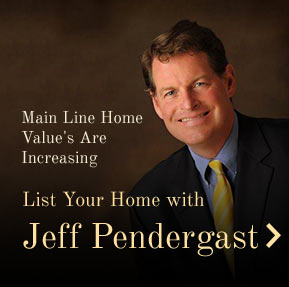 Located in both Delaware and Montgomery counties in Pennsylvania, Ardmore is a quaint census-designated place of just 12,455 residents.

This community, which touts itself as the “Main Street of the Main Line,” truly is just that: A charming place where residents know each other well and where there’s a strong, common sense of community among residents.

If you’re interested in relocating to the Main Line area, then you should continue reading to learn more about what Ardmore has to offer!

A Day in the Life of an Ardmore, PA Resident

This community, which is considered a suburb on the west side of Philadelphia, was actually originally named Athensville in 1853.

However, the community (as well as its railroad station) was renamed Ardmore in 1873 by the Pennsylvania Railroad.

Today, residents will tell that there’s a lot more to Ardmore than just the railroad. For instance, this community boasts a number of recreation areas, including South Ardmore Park.

And Suburban Square, which opened in 1928, has the distinction of being one of the earliest shopping centers in the country. It is located adjacent to the Ardmore train station.

This community also contains the nation’s first suburban branch of a major department store: The Former Strawbridge and Clothier.

Other landmarks in the community include:

Ardmore also boasts a public swimming pool, lighted tennis and basketball courts and a community center known as “The Shack” within its town limits.

Ardmore also has a great reputation for providing excellent public education to its residents.

There are also plenty of exceptional colleges and universities located in the vicinity!

Buy Your Next Main Line Home in Ardmore, PA

If this community has piqued your interests as a Pennsylvania home buyer, then please contact me, Jeff Pendergast, your dedicated Main Line real estate expert, today.

I’d be happy to answer any questions you might have about living in this community and I’ll also take the time to tell you all about available listings here.

Make sure to also connect with me if you’re interested in listing your current Main Line property in Ardmore on the local housing market!

I will work diligently to get you the price you want for your property by first determining its true value! Contact me today to learn more about the home selling process. I would love the opportunity to represent you!